Reading about a new civic engagement initiative announced at the White House this week made me think of all the powerful ways that Wesleyan students use their education to engage with the world. The Patricelli Center for Social Entrepreneurship is the latest incarnation of the university’s commitment to connect liberal learning to making a positive difference. Here’s a short piece I wrote on this topic yesterday for the Huffington Post.

The news about the American education system has been bleak over the last year — from elementary schools that seem “designed to fail” to for-profit universities that are scooping up borrowed tuition dollars without providing their graduates with much hope of gainful employment. No surprise then that the American public has grown increasingly suspicious of educators and their institutions. Once widely respected college programs are criticized for raising tuition in excess of inflation, despite the fact that they are giving significant financial aid and satisfying the demands of students and their families for (increasingly costly) support services. There is a growing lack of confidence in American education – one that mirrors the general crisis of confidence in the future. Of course, there are the pundits who feed on this crisis, having found a market niche for their cultivated pessimism.

But as the new year has gotten underway, I’ve been encouraged by some more optimistic and thoughtful notes amidst the nasty, noisy cacophony of negativity. One is the continued confidence that students outside the United States place in our higher education sector. Hundreds of thousands of students around the world are doing their utmost to get into American universities because they perceive them to be the best in the world. They are not driven by federal support for loans, or by illusions of an “education bubble.” They want a great education that can create value and opportunity. This is not the same thing as guaranteeing a particular career path (when did a diploma ever do that?), but these students know that a broad and rigorous liberal education increases one’s capacities for shaping one’s own future.

A second optimistic note that I heard sounded this week was that the Newman’s Own Foundation had just made a grant of $750,000 to an organization called Shining Hope for Communities. Shining Hope, founded by a group of university students, has built an elementary school for girls in Kibera, Kenya, one of the largest slums in Africa. The organization has already built the Johanna Justin-Jinnich Community Health Clinic adjacent to the school, and the grant will facilitate the construction of clean water and sanitation facilities. There are hundreds of examples each year of students at American universities putting their education to work to create a positive difference in this country and around the world. I have a soft spot for Shining Hope, since two Wesleyan students created it and dozens of their fellow undergraduates have been part of the work. These young men and women became social entrepreneurs by building on a broad educational base.

A third note of optimism this week came from the White House, where a group of education leaders spoke about how universities could reclaim their civic mission. Carol Schneider, president of the American Association of Colleges and Universities, and Martha Kanter, US Under Secretary of Education presented findings and recommendations from a new report, A Crucible Moment: College Learning and Democracy’s Future, authored by the National Task Force on Civic Learning and Democratic Engagement.

Carol Schneider has identified what she calls a “civic recession,” but she and her colleagues aren’t satisfied with just coming up with another nicely pessimistic label. They actually have some recommendations for how to strengthen the connections between education and civic engagement:

1. Reclaim and reinvest in the fundamental civic and democratic mission of schools and of all sectors within higher education
2. Enlarge the current national narrative that erases civic aims and civic literacy as educational priorities contributing to social, intellectual, and economic capital
3. Advance a contemporary, comprehensive framework for civic learning–embracing US and global interdependence–that includes historic and modern understandings of democratic values, capacities to engage diverse perspectives and people, and commitment to collective civic problem solving
4. Capitalize upon the interdependent responsibilities of K-12 and higher education to foster progressively higher levels of civic knowledge, skills, examined values, and action as expectations for every student
5. Expand the number of robust, generative civic partnerships and alliances locally, nationally, and globally to address common problems, empower people to act, strengthen communities and nations, and generate new frontiers of knowledge.

I’d like to think that these optimistic notes are just part of a chorus of efforts in higher education that reconnects us to key trends in the world: opportunity, engagement, and civic confidence. International students who are competing for places at American universities see our educational system as offering opportunity. We must demonstrate to our own citizens that this is indeed the case. The young men and women who are creating free schools and clean water in Kenya are using their broadly based education to engage specific and important issues out in the world. They are pragmatists steeped in liberal learning. The authors of A Crucible Moment see our own recession – economic and civic – as the BEST time to invest in America’s future. By embracing civic learning and partnerships that strengthen communities, we can do the hard work of restoring confidence in the future. That is a core responsibility of education.

It’s easy to be a pessimist, and some writers get a lot of pleasure from showing how they are too smart to have faith in the future. As educators, we can’t afford these simplistic rhetorical moves. We need instead to join together to do the hard work of making our educational system truly a sector of opportunity, engagement and civic confidence.

Molly Worthen on original purpose of tenure: “to permit teachers to explore big ideas, take risks in the classroom — and show our students just how adventurous the life of the mind can be.” via @NYTOpinion nytimes.com/2021/09/20/opi…

Read ⁦@NYTimesCohen⁩ on Christo, freedom &imagination “the fleeting nature of the work makes possession impossible. The work is immense, yet insubstantial. The fabric seems to express something nomadic, in keeping with Christo’s own peripatetic life” nytimes.com/2021/09/17/art…

Read powerful @jelani9 “Bell seemed to have found himself in a position akin to Thomas Paine’s: he’d been both a participant in a revolution and a witness to the events that revealed the limitations of its achievements.” newyorker.com/magazine/2021/… via @NewYorker

Read Dipesh Chakrabarty: “The present can only be sustained as a bad-faith relationship to the future.”onlinelibrary.wiley.com/doi/10.1111/hi…

Pragmatist Freudians call what ⁦@nytdavidbrooks⁩ writes about as “constructing a past with which one can live” via @NYTOpinion nytimes.com/2021/09/16/opi…

Hope you'll join me in wishing my wonderful wife Susan a happy birthday - she's the backbone of our family, my constant support system, and the best mother I could imagine for our girls. pic.twitter.com/RihOE1qHQi

Read @KennedyOdede "the deep community trust that organisations like mine have built is the true enabler for long-term change. We need the sector to put real funding behind the idea that proximate leaders best understand problems &therefore the solutions" theguardian.com/global-develop…

And they will do great things! twitter.com/PosseVeterans/…

These @Wesleyan_U Posse alums are starting grad school at @YaleEnvironment!

You are so in the ruling class. Why do you pretend like this? twitter.com/josh_hammer/st…

The battle between the ruling class and the deplorables is already a cold civil war. The Milley revelation is but the latest data point.

Salvaging the republic at this late hour requires all hands on deck to help our fellow deplorables replace that decrepit ruling class.

And now I must shift my aspiration to a recovery for American #LiberalEducation @YaleNUS @TheAtlantic @wesleyan_u pllqt.it/mAlYq9 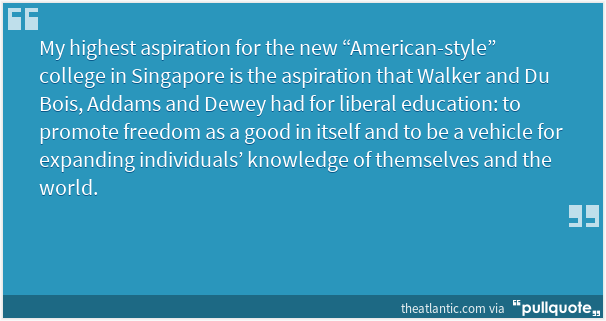 I wrote @TheAtlantic about @YaleNUS when it opened. I am saddened to see this interesting experiment end so abruptly. Students, staff and faculty put heart and soul into this noble enterprise. #LiberalEducation pllqt.it/d2VMgA 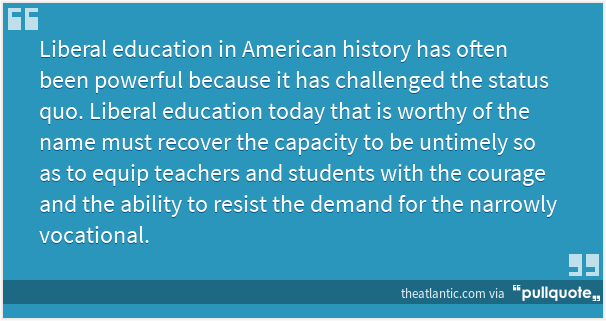 Read @EbooPatel on @DavidAFrench & religious pluralism: "our experience in getting the structures regarding religious pluralism right can serve as an inspiration and a guide about other dimensions of identity and areas of disagreement." ifyc.org/article/evange… 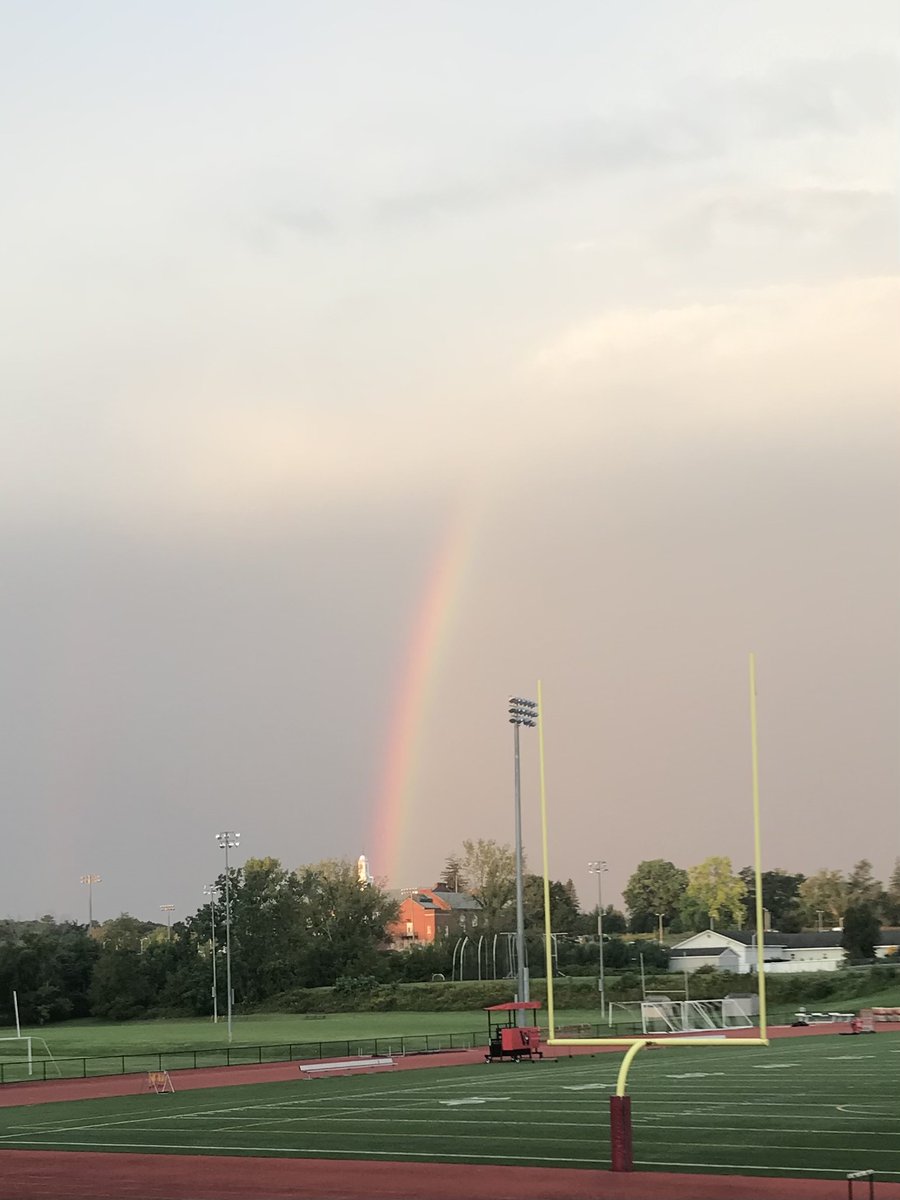 I guess this headline isn't catchy enough: "While men are more likely to go to college than they were 10 years ago.." theatlantic.com/ideas/archive/…

Congratulations to an inspiring leader of a great school! twitter.com/AmherstCollege…

NEWS: President Biddy Martin, who has served since 2011, announced she will conclude her tenure next summer.

Her years of leadership will mark one of Amherst's longest-serving presidencies with remarkable achievements across the institution's priorities. https://t.co/n8C8CAVj7N pic.twitter.com/PIi510hU3f

Read @tnyfrontrow "In the present age of bold directness, Lubitsch’s sense of understatement and metaphor reflects the impossibility of self-knowledge and the inadequacy of self-expression." newyorker.com/culture/the-fr… via @NewYorker

“Always hoping,” read ⁦@MargaretRenkl⁩ “The nights, too, are filled with winged enchantment.” via @NYTOpinion nytimes.com/2021/09/13/opi…

We could have learned this lesson at home: “the sophisticated networks controlling those institutions never intended to govern. Their objective was self-enrichment. And at that task, they proved spectacularly successful.” ⁦@fstockman⁩ via @NYTOpinion nytimes.com/2021/09/13/opi…

Read @mearasharma on Maggie Nelson "the practice of freedom should be spacious enough for its contradictions, its reversals, its sprawling expressions, its ragged edges; getting comfortable with this complexity is essential to finding our way through it." washingtonpost.com/outlook/embrac…