This is the time when I ask the Wesleyan community to respond generously to requests to support the Middlesex United Way. Although all of us have many organizations we support, our gifts to United Way raise Wesleyan’s collective voice in support of programs that help our neighbors in need. Wesleyan faculty and staff have long been known as contributors to this community endeavor – a tradition meriting renewed effort. Our goal this year is $130,000 and 50% participation – an ambitious and worthy goal. Those of you who are out of town and want to support these efforts can look here.

When you give to Middlesex United Way, your dollars stay close to the campus community. United Way’s local volunteers distribute your dollars to help neighbors in need – neighbors such as 60 Middletown families at risk of homelessness who remained in their homes thanks to one-time assistance through the Middlesex County Coalition on Housing and Homelessness Prevention Fund. Our dollars have helped the Women & Families Center’s Sexual Assault Crisis Services support more than 800 people, and have contributed to school readiness programs for young children in all 15 towns in Middlesex County. In addition to providing vital assistance locally, Middlesex United Way is an effective catalyst for change, bringing many organizations together to improve all our lives.

Changing lives in this way depends upon our support, and your gift matters. Every gift, at any level, matters. If you are continuing your support, thank you. If you are considering a gift for the first time, I hope you will respond with a generous heart. 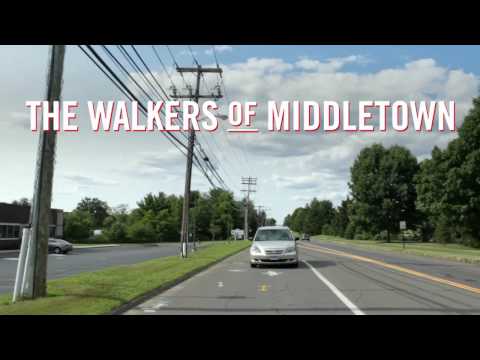 Yesterday the faculty approved a new Certificate Program in Civic Engagement, the culmination of more than a year’s effort to bring together service learning, community research and other courses at Wesleyan that link work on campus to participation in the public sphere. To quote from the proposal that was submitted to the Educational Policy Committee: “Civic engagement encompasses a wide range of activities in which individuals work to strengthen their communities, to realize common goods, to enhance the capacities and dispositions necessary for democratic self-rule, and in general to deliberately shape their common life…The Certificate is structured to provide an understanding of what civic engagement involves. …During their sophomore through senior years, CEC students will complete a series of structured academic and co-curricular activities including courses, volunteering, practicums and opportunities for reflection that will enable them to develop a broad understanding of the varied components of civic engagement.”

Wesleyan has long been known as a politically engaged institution. I am delighted that we have formally connected that reputation to interdisciplinary academic work. More information on this program will be available through the Center for Community Partnerships and the Office of Academic Affairs.

We also learned yesterday that Wesleyan met our ambitious goal of raising $125,000 for the United Way fund drive. Our local United Way has been doing extraordinary work in Middlesex County to combat homelessness and substance abuse, to prepare youngsters for school, and to support people who need a leg up while looking for a job. I’m so proud of the Wes contribution, and I want to thank Shawn Hill, Mike Sciola and Frank Kuan for inspiring all of us to Live United!

Kari and I went to two fundraisers last week for great organizations in Middletown. That’s one of the “perks” of being Wesleyan’s president: one gets invited to serve on various committees, and one gets to know a variety of organizations doing good work in the region. This year I was an “honorary chair” for the celebration and fundraiser commemorating the 35th anniversary of Oddfellows Playhouse. Oddfellows was founded by a group of Wesleyan students in the 1970s to serve young people in Middletown by providing them with the opportunity to create first-rate theater. They have an educational, social and community mission, and they have remained true to the founders’ vision over a long period of time. The Gala and auction raised significant amounts of money that will have a direct impact on the lives of young people in this area.

The day after the Oddfellows event we were headed to a fundraising dinner for The Connection, a social services and community development organization. Wesleyan philosopher Steve Angle is on their board of directors, and he explained to me that the organization has always had a philosopher there since the 1970s when Phil Hallie served this role. The Connection addresses substance abuse, crime, and community disrepair across the state, and the fundraising event seemed like a great success. Lots of money was raised (and The Shiny Lapel Trio played some great dance music!).

Wesleyan is an important part of Middletown and Middlesex County, and for many years the university has been active in promoting community development. I am one of the Chairs of the upcoming United Way Campaign, which marks the organization’s 75th anniversary. Wes faculty and staff have been consistently generous supporters of United Way, and we will do our best to raise a record amount to mark the 75th! Thanks in advance for everyone who contributes to this effort!

Even our daughter Sophie has gotten into the act. She was just called for her bat mitzvah, and she suggested that people consider a donation to Wesleyan’s Green Street Arts Center in lieu of a gift. Green Street raised some money, and we have another reason to be proud of our not-so-little girl.

Joel Fineman told me when I was a student that it showed you were unsure of yourself and were compensating twitter.com/RitaFelski/sta…

genuinely curious: why the academic tic of repeatedly using the phrase "of course" in one's writing? Its main function seems to be to create an in-group and exclude others. Also used to bolster one's claims via appeals to a higher authority: "of course, as Lyotard argues..."

Gee, I wonder if other countries have thought of that.... twitter.com/_RoxanneRobert…

The Lincoln Project on trolling Trump: “The fact that we’re able to use his mental infirmity and addiction to television to freeze him and manipulate him serves a broader purpose for the overall campaign in terms of...disorganizing and disorienting him.” https://t.co/0YyAVjUcgF

Read @dsallentess Congress “should distribute some portion of that needed public health appropriation in the form of bonus funds to states that establish formal regional collaborations for addressing the crucial matter of testing.” washingtonpost.com/opinions/2020/…

Read @jasonintrator “If we only ever worried about regimes that were fascist, we would be helpless in the face of social and political movements that sought eventually to transform liberal democracies in more fascist direction” english.elpais.com/spanish_news/2… via @elpaisinenglish

"Yes, there’s a certain satisfaction in being critical of our authors, but isn’t it more interesting to put ourselves in a frame of mind to find inspiration in them?" opinionator.blogs.nytimes.com/2014/05/10/you… twitter.com/AgnesCallard/s…

"Why are we persuaded that we know more than the texts that precede us? The advantage of our hindsight is compensated for by their robustness, resilience, and continuing resonance"

Amazing ⁦@parul_sehgal⁩ on "desperate resurrections” “What is this perplexing obligation to endure?What are the limits and consolations of language? What is the self that can survive the death of a beloved child?Do we still call that existence life? nytimes.com/2020/07/28/boo…

“Memorial Drive forces the reader to think about how the sublime Southern conjurers of words, spaces, sounds & patterns protect themselves from trauma when trauma may be, in part, what nudged them down the dusty road to poetic mastery” ⁦@KieseLaymon⁩ nytimes.com/2020/07/30/boo…

Presidential animosity towards foreigners goes way back. John Adams: “We have had too many French philosophers already” ⁦@jenszalai⁩ ⁦@JuliaRoseKraut⁩ via ⁦@nytimesbooks⁩ nytimes.com/2020/07/30/boo…

Read ⁦@DwightGarner⁩ on the great new book by ⁦@Isabelwilkerson⁩ “It takes resolve and a strong stomach to stare at the particulars, rather than the generalities, of lives under slavery and Jim Crow and recent American experience.” via @NYTimes nytimes.com/2020/07/31/boo…

So true! This, as you know, also made him an extraordinary teacher! I am still trying to learn from him. twitter.com/ritafelski/sta…